Dear users, recently we announced a new season on Fanatos. And today we are glad to inform you that we updated the positions of all players. What does it mean?

In football, situations sometimes arise when, for various reasons, a player changes his position on the field, for example, a striker can become a midfielder.

After updating the positions, the squad of each game team will be checked for compliance with the rules of the game, and if there is an overabundance of players in any position, the extra players will be automatically sold. The cost of the players sold will return to the team balance.

Due to this, twice a year, January 31st, and July 31st, we will check and update the positions of all players.

Dear users, we are glad to inform you that we added Ligue 1 to our list of available leagues. Matches and players of Fantasy Ligue 1 are already available for your fantasy teams.

Dear users, we are glad to inform you that the new season is already on Fanatos - 2020/21. It means that we updated our stats: overall rating, fan league, league by country, TOP 500 players. Pay your attention that user ratings have remained because it impacts on user level and bonuses based on the user level.

We will add the latest transfers very soon. Also, new calendars will be available as soon as possible.

Champions League and Europa League are available on Fanatos!

Dear users, we are glad to inform you that the  Champions League and Europa League are available on Fanatos. The first matches will be held next week. So, get ready and pick your fantasy team.

Important changes to the project

Dear users, we have some important updates. Please read the information below carefully.

1. We decided to abandon the creation of teams for the (next) week, as it is done in other fantasy football projects. Now, line-ups get points in real-time.

Also, the changes affected transfers. If you purchased a new football player today, he will begin to receive points in games from the moment of purchase, and not from the next week.

Why we decided to make this important change. Firstly, due to the frequent misunderstanding by users of the fact that the teams are formed precisely for the next week. Secondly, it will add dynamism to the game.

The changes will take effect on the following Monday (July 20).

2. We decided to completely remove the achievements, leave only awards. Why: it was very easy to get achievements, and often to get them you had to take a minimum of actions. Rewards are more difficult to get and they have more weight.

How to get free Fancoins?

Dear users, now you have a great ability to get free Fancoins. Everything you need is just to predict an accurate score of a future match.

Every week we do posting about top matches of the week in our social networks. Just write your username and leave your score prediction for such a match in any of our official public pages. One username - one prediction - one social media. You can write predictions until matchday. All users who will guess the final score will receive 1 Fancoin.

Authorization and registration via social networks

Good news. Now Fanatos is easiest to use - our users have the ability to log in or register via popular social networks.

At the moment the following social networks are available:

As you know, all major football leagues were paused due to the coronavirus. There was a long time without football. But we have good news - Bundesliga is back.

The first matches will be held this weekend. It means that you can continue playing Fanatos as you did it before.

We hope that other leagues will be resumed soon as well.

The virus is not a reason to stop working on Fanatos. So, during the quarantine time, we implemented several very interesting and important features. Let's have a look.

- Snapshot standings at the end of the game week (you can see where you were in comparison with others),

- List of the transfers you made during the week. 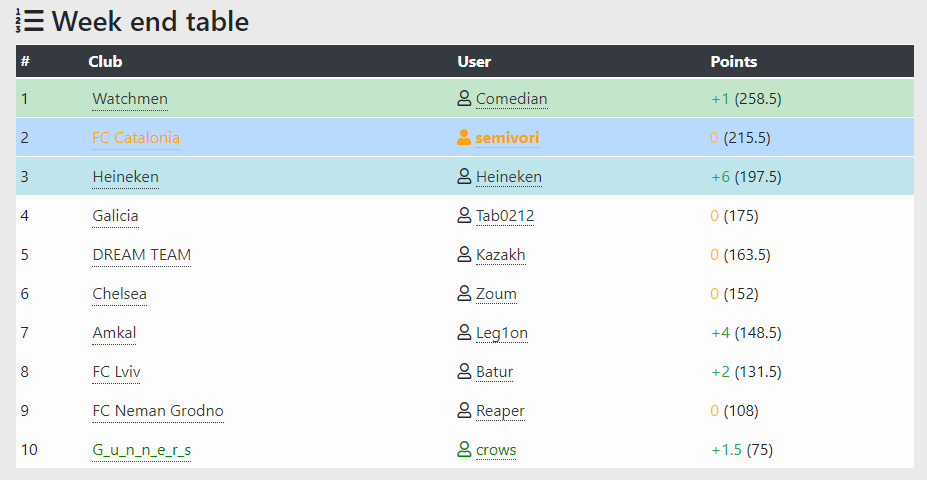 2) Boosts. Now our users can spend Fancoins on Boosts. What is it? Boost is a once-only action you can apply to upgrade your team for one game week. At the moment the following Boosts are available:

- Bench boost. The points scored by your bench players in future matches of the current week are not reduced by 2 times,

- Triple captain. Points scored by the captain in future matches of the current week increase by 3 times,

- Triple vice-captain. Points scored by the vice-captain in future matches of the current week increase by 3 times,

- 15 transfers per week. The number of transfers available this week increases to 15,

3) Detailed Player Statistics. Now in the player's profile, you can see detailed statistics by scored points in matches. You can find a chart with the data in Stats -> Points. 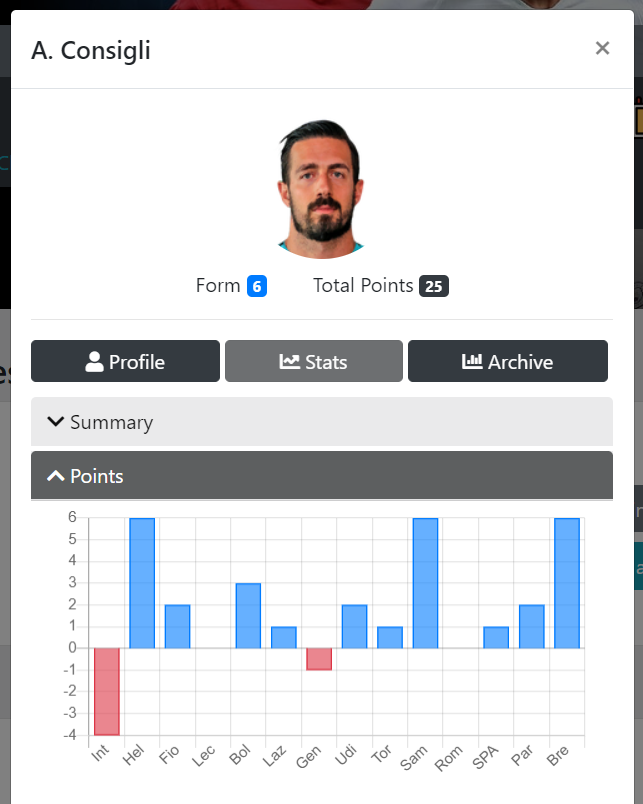 You’ve likely heard by now that, due to heightened concerns around coronavirus (COVID-19), most football leagues have been suspended. Unfortunately. Our project fully depends on football matches. It means that we're paused for some time.

But it's only a temporary pause. And we're waiting when the postponed leagues are back to their schedules. Due to information about the postponed matches, we should go back to our standard state in April.